Day 1 Closing Dialogue with Nobel Laureates: 'Where is the next source of hidden value?'

This session will bring together two Nobel laureates, Professor James J. Heckman and Professor Muhammad Yunus. Through their work, both have been able to find large sources of untapped social value. In his recent research projects, Professor Heckman has focused on using economic tools to make the case for interventions early in childhood that deliver large value returns later in life. Professor Yunus has demonstrated the bankability of people who had previously been written off as valueless customers, and in doing so, launched a microcredit movement that has transformed millions of people’s lives.

For this conversation, the two Nobel Laureates will be invited to reflect on where large pools of social value are not being addressed by institutions and markets today. They will explore which of these should be addressed most urgently, and the models that can be used to mobilise capital and activity towards them.

Professor James J. Heckman is the Henry Schultz Distinguished Service Professor of Economics and Director of the Center for the Economics of Human Development at the University of Chicago. He has devoted his professional life to understanding the origins of major social and economic questions related to inequality, social mobility, discrimination, the formation of skills and regulation in labour markets, as well as devising and applying economically interpretable empirical strategies for understanding and addressing these questions.
Professor Heckman has published over 300 articles and nine books on these topics. He is the recipient of the Nobel Prize for Economics, the John Bates Clark Medal, the Jacob Mincer Award, the Dennis Aigner Award, the Ulysses Medal, the Theodore W Schultz Award, the Gold Medal of the President of the Italian Republic, the Frisch Medal and the Dan David Prize, and is a Distinguished Fellow of the American Economic Association. 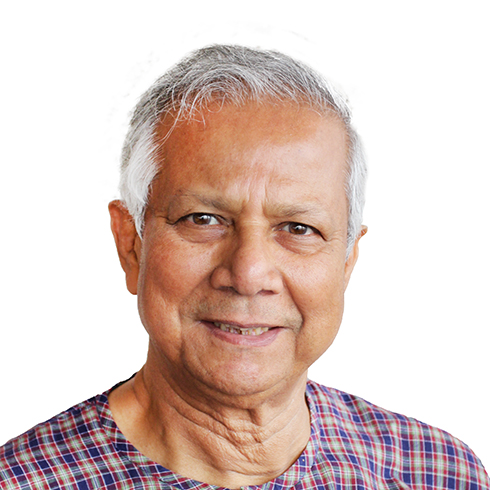 Nobel Laureate Professor Muhammad Yunus is considered the father of both social business and microcredit, as the founder of Grameen Bank and more than 50 other companies in Bangladesh. For his constant innovation and enterprise, Fortune Magazine named him“one of the greatest entrepreneurs of our time” in 2012.
In 2006, Professor Yunus and Grameen Bank were jointly awarded Nobel Peace Prize.
He is the recipient of 60 honorary degrees from universities across 24 countries. He has received 132 awards from 30 countries including state honours from 10 countries. He is one of only seven individuals to have received the Nobel Peace Prize, the United States Presidential Medal of Freedom and the United States Congressional Gold Medal. Other notable awards include the Ramon Magsaysay Award (1984), World Food Prize (1998), The Prince of Asturias Award for Concord (1998), Sydney Peace Prize (1998) and the Seoul Peace Prize (2006).
In 2006, Time Magazine listed Professor Yunus under “60 years of Asian Heroes” as one the top 12 business leaders. In 2008, in an open online poll, Yunus was voted the 2nd most intellectual person in the world on the list of Top 100 Public Intellectuals by Prospect Magazine (UK) and Foreign Policy (United States). In 2010, The New Statesman (UK) listed him as one of “The World’s 50 Most Influential Figures”.
He has appeared on the cover of Time Magazine, Newsweek and Forbes Magazine. 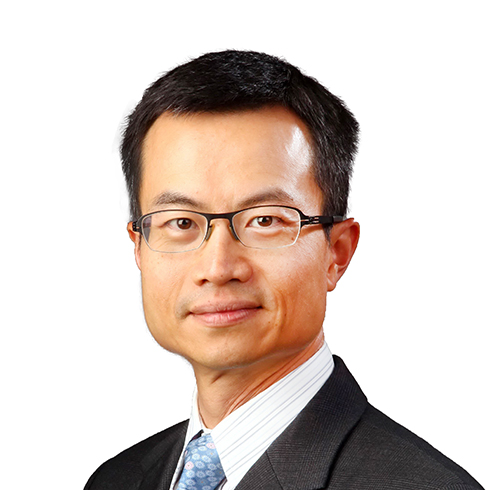 Mr. Leong Cheung has been the Executive Director of Charities & Community at The Hong Kong Jockey Club since 2014. In this capacity he is also the co-Chair of the Hong Kong Chapter of the United Nations’ Sustainable Development Solutions Network.
Mr. Cheung has had extensive experience before joining the Club. He was an Operating Partner with Bain Capital. Prior to that, he was Managing Director of Global Sourcing & Supply Chain at Esquel Group, the founder and CEO of an education focused Internet venture, and a senior consultant at the Boston Consulting Group. Mr. Cheung is also co-Founder & Chairman of an innovative social enterprise, RunOurCity.
Mr. Cheung is active in the community. He currently serves in the Elderly Commission, and the Community Care Fund task force under the Commission on Poverty of the Hong Kong Special Administrative Region Government. He is a director of the Hong Kong Mortgage Corporation Limited and is an adjunct professor at the Chinese University of Hong Kong.
Mr. Cheung has an MBA from Harvard Business School and a BBA from the Chinese University of Hong Kong.
menu