Closing Plenary
Sports and Cities: 'How can we use sports to improve well-being and achieve social good in cities?'

Globally, around one third of adults do not achieve the World Health Organization’s recommended level of physical activity. Sports have immense potential as a vehicle to improve social well-being in cities, where sedentary lifestyles have become the norm. As cities struggle to achieve their sustainable development goals, increasing sports participation can play a key role. In many places, sports have become a very useful and effective means to increase awareness about health and education, enable social cohesiveness, and empower marginalised groups.

In this session, CEO of The Hong Kong Jockey Club Mr Winfried Engelbrecht-Bresges, President of Michael Phelps Foundation Mr Michael Phelps, Founder of The Yao Foundation Mr Yao Ming, Founder of Magic Bus Mr Matthew Spacie and President of Hong Kong Tennis Association Mr Philip Mok, will explore the contribution sports participation can make to society, which goes beyond direct impacts to important ripple effects. It will consider the initiatives and mechanisms to promote sport that philanthropists should prioritise, and how these may vary across different parts of the world. 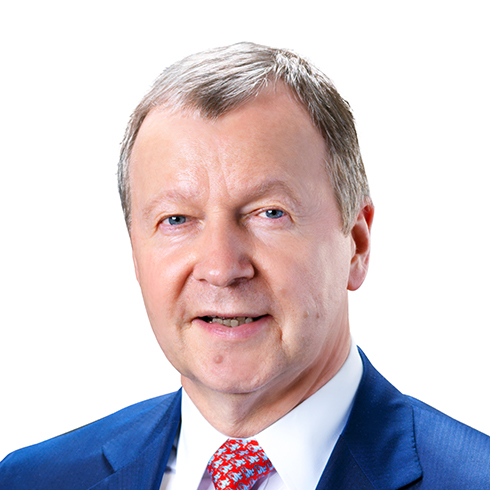 Mr Engelbrecht-Bresges joined The Hong Kong Jockey Club in 1998 and has been its Chief Executive Officer since 2007. Under his leadership the Club has undergone significant transformation, becoming one of the world’s leading racing organisations, while its Charities Trust is now one of world’s top ten charity donors.
Internationally Mr Engelbrecht-Bresges serves as Vice Chairman of the International Federation of Horseracing Authorities, the world’s highest thoroughbred racing authority, and is Chairman of the Asian Racing Federation. He is also a member of the Advisory Board of Aachen-Laurensberger Rennverein e.V. which is the organiser of the World Equestrian Festival, CHIO Aachen.
In April 2006 Mr Engelbrecht-Bresges was appointed to the Board of the Equestrian Events (Hong Kong) of the Games of the XXIX Olympiad Co Ltd, the company charged with managing the operations of the 2008 Olympic equestrian events in Hong Kong. He was appointed a Justice of the Peace in July 2009 and was awarded the Gold Bauhinia Star in 2016. He is a Board Member of The Community Chest of Hong Kong and a Council Member of the Hong Kong Management Association.
Mr Engelbrecht-Bresges grew up in Germany, where he developed a passion for horse racing, breeding and ownership. He is also an avid football fan, and played football professionally in Germany before graduation. A graduate from the University of Cologne in Economics, Finance and Statistics, he was a Board Member of the German Jockey Club for 10 years, serving as Executive Vice President for six years. 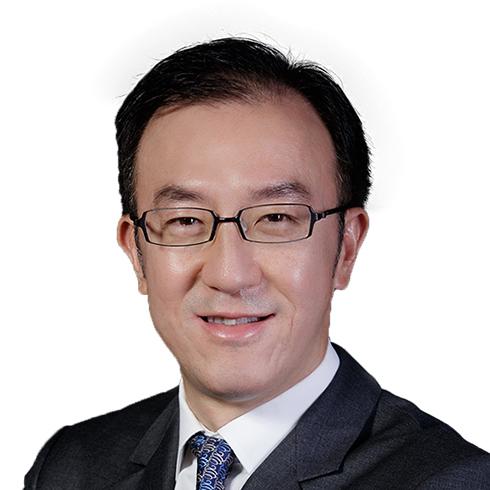 Mr Philip Mok is the president of Hong Kong Tennis Association and the co-founder and Vice-Chairman of Verde Holdings Limited, an apparel design and manufacturing company based in Hong Kong and China. Since its conception in 2001 the company has expanded rapidly, serving major international brands.
Mr Mok also holds a special interest in internet ventures and was a co-founder of Campusall.com, an education-related portal in China, and Funshare.com, an e-commerce platform in Hong Kong.
He believes strongly in giving back to society and serves as a Trustee and Executive Council Member of the World Wide Fund for Nature Hong Kong, and a member of the Board of Governors of the Hong Kong Adventist Hospital Foundation.
Mr Mok received his BSc degree from Johns Hopkins University and MBA from Massachusetts Institute of Technology. He is also well known in Hong Kong tennis circles, having won several championships in local open veterans’ tournaments and served on the council of the Hong Kong Tennis Association since 2011. He is the Association’s current President, and was also elected to the board of the Asian Tennis Federation in 2017. 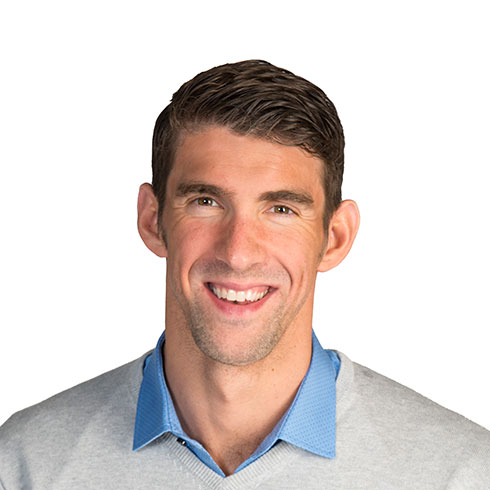 Michael Phelps is the most decorated swimmer in history, capturing a total of 28 medals, including a record-setting 23 gold medals, over the course of his career. Phelps utilised his performance bonus for winning eight gold medals in 2008 to establish the Michael Phelps Foundation. Committed to growing the sport of swimming, the Foundation addresses the need for water safety through its signature programme – IM – that is available through the Boys & Girls Clubs of America and Special Olympics International. Phelps also launched his own competitive swimwear brand – MP – in partnership with Aqua Sphere in 2014. He has published two autobiographies – No Limits: The Will to Success and Beneath the Surface – that were New York Times and USA Today best sellers, as well as published one children’s book – How to Train with a T-Rex and Win Eight Gold Medals. He is a highly-regarded inspirational speaker, sharing his message of “Dream, Plan, Reach” with audiences ranging from children to business executives. 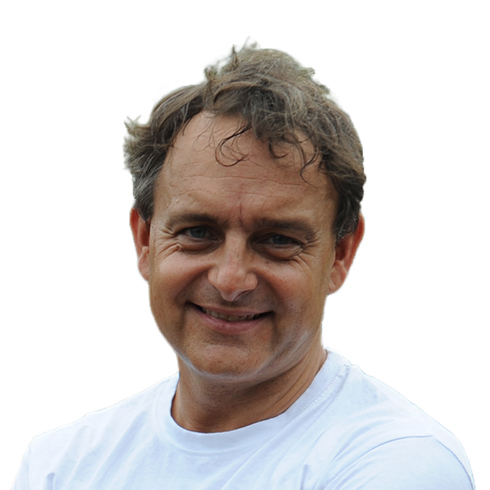 Mr Matthew Spacie set-up Magic Bus to empower children and youth in India, using activity- and sports-based approaches. Since 1999, he has grown the NGO from an informal, volunteer-led activity for disadvantaged children into a leading organisation that mentors over 400,000 children across the country. The Magic Bus programme uses a seven-year format, taking an individual in at the age of 12 through a journey from childhood to livelihood.
Formerly Chief Operating Officer of Cox and Kings and Founder of Cleartrip.com, Mr Spacie comes with an extensive experience in senior positions in the corporate sector. He has been elected an Ashoka Fellow and a TED Fellow, and in March this year was named Business Standard Social Entrepreneur of the Year. In 2007, he was awarded an MBE for services to children in the Commonwealth. 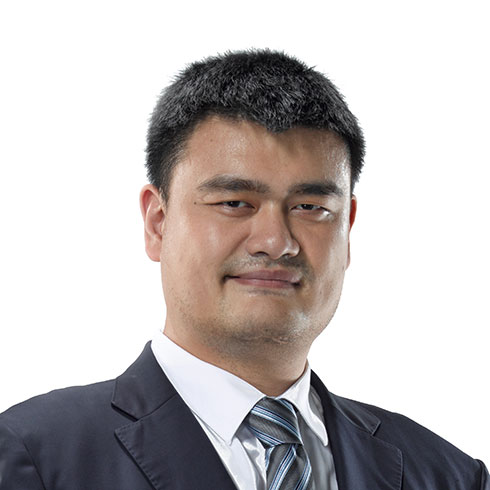 Yao Ming is President of the Chinese Basketball Association and Chairman of the CBA League Company. He has been a member of the Chinese People’s Political Consultative Conference since 2013. A member of the Basketball Hall of Fame, he played for NBA Houston Rockets and CBA Shanghai Sharks in his professional basketball career. Yao has also represented China in three Olympic Games. 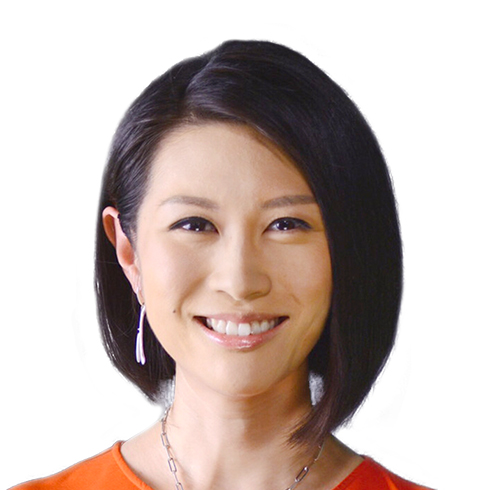 Ms Carol Yu is currently the Assistant Chief Editor of Phoenix Infonews Channel and the Producer and Host of Phoenix TV interview show "Visionaries". Based on worldwide horizons, "Visionaries" leads in-depth discussions over current topics ranging from economic, investment, technology, education to health together with global thought leaders, sharing their professional insights, addressing the future and positive values as inspirations for life. In recognition of her leadership and influence, Ms Yu was selected as one of the Young Global Leaders by the World Economic Forum. Previously, she was the Head of Phoenix URadio, responsible for launching and running a new radio business for the group. She also held the post of a TV news reporter and broadcaster.
Phoenix TV is one of the most popular Chinese TV stations in China and internationally. It reaches almost 400 million viewers in Asia alone and a global audience over 180 countries and regions. Prior to joining Phoenix TV, Ms Yu was with the Investment Banking Division of Morgan Stanley in Hong Kong, the World Bank office in Beijing, and the UNDP in New York. Carol is a regular columnist for several leading publications across mainland China and Hong Kong, including Nanfang Metropolis Daily, Caixin Media and Ta Kung Pao (Hong Kong edition). Earlier on, she studied in the United States and received her undergraduate degree in Economics from Stanford University and a Master’s in Public Policy from Harvard Kennedy School.
menu